Jidenna releases a new song with an accompanying video, “Black Magic Hour.” Directed and produced by Wesley Walker & Sam Pressman, the video follows the singer’s journey, and aftermath, of meeting an ancestral spirit who flips his life upside down — literally and figuratively.

“I wrote ‘Black Magic Hour’ because I had inspiration in regards to my own heritage, my own lineage, and my own legacy. Each year that you grow, you think more and more about legacy; that’s why the verse starts with, ‘ I’m from a long line of Chiefs, I was made in their image.’ But I think that line alone is important because I’m recognizing them as deities in my own life. I think that we, as people of African descent/black people, need to recognize and celebrate our own deities. I think in these times the song becomes important because what I’m really speaking to is centralizing our power in a way that we channel our economic worth and we channel our spiritual worth into our lifestyle; I don’t believe that we can have the economic progress that we need to empower communities without the spiritual progression. And If we do not focus there, we will never see our worth in our bodies if we don’t see our worth in our spirit,” Jidenna said.

This offering will be featured on a project entitled African On All Sides, an entity synergizing the Afro/Caribbean/Latin diaspora, released by Bullish Recordings. Bullish is headed by Steve “Rhythm” Clarke who most recently served as A&R and executive producer on Jidenna’s projects 85 to Africa, “Feng Shui” (featured in HBO’s Insecure), and provides A&R and production on “Black Magic Hour.” 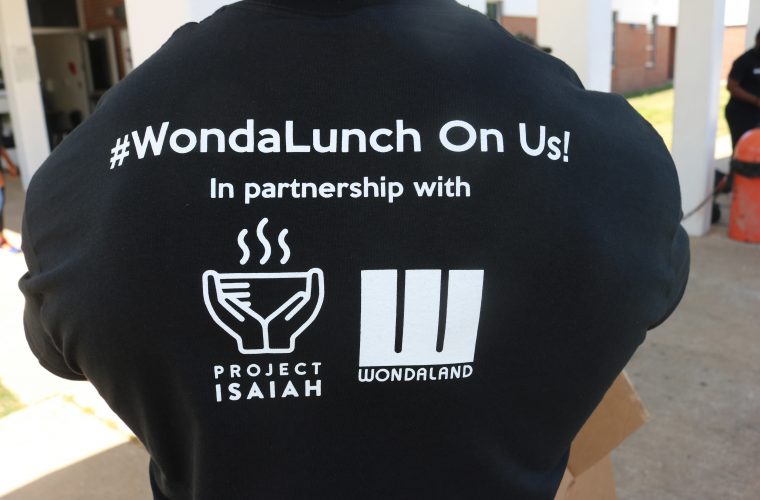 Wondaland Arts Society made a stop at North Clayton Middle School in College Park for its #Wondalunch,