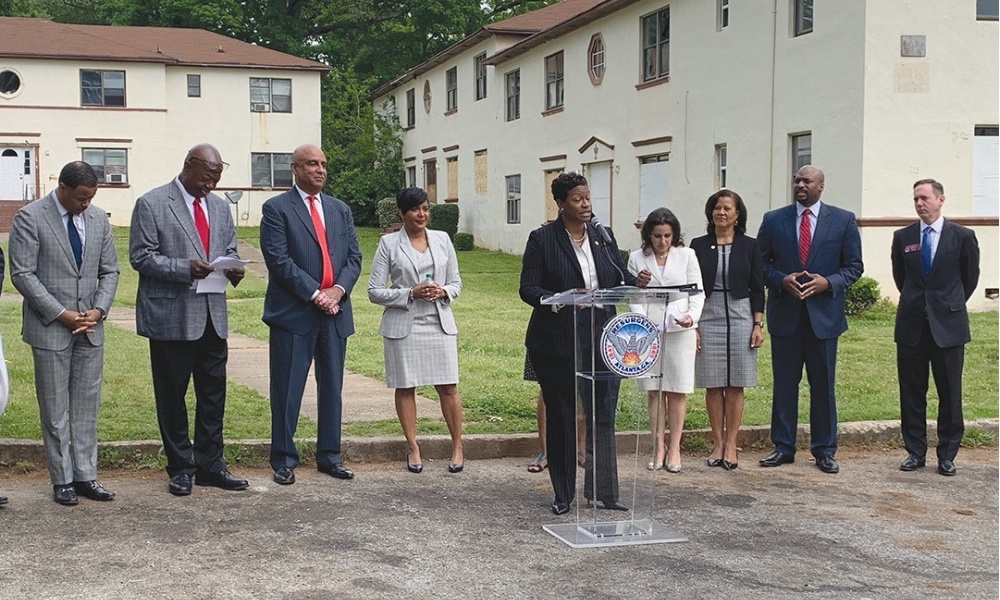 The new funds were approved by Atlanta Housing Board of Commissioners on Tuesday evening. The funds are projected to create and preserve more than 2,000 new affordable housing units in the City of Atlanta.

“This historic collaboration between the City of Atlanta, Invest Atlanta and Atlanta Housing shows that by working together, we can accomplish the mayor’s goal of creating $1 billion in affordable housing,” said Dr. Christopher Edwards, board chairman of the Atlanta Housing Authority.

“This is a prime example of what can happen when the government, the private sector, and our nonprofit partners join together for the common good,” Bottoms said. “Today represents a new era of cooperation among our public and private partners that will help Atlanta remain a place where working families, and residents at all income levels, can afford to live and build their dreams as we become One Atlanta.”

Located on Metropolitan Parkway where University Avenue ends, Capitol View, and its 120 units, will become the first site to undergo renovations as a beneficiary of this major affordable housing initiative.

An advocate for the complex which is located in her district, Shepard discussed her role in bringing Capitol View to the City of Atlanta’s attention and also bringing it to the forefront of the affordable housing discussion.

“I live right up this street,” Sheperd said. “I can walk from my house (to) here. I live in the Capitol View community but I live on Metropolitan Parkway.”

“There have been a lot of people who have complained to me about these apartments and saying, ‘My God, what are you going to do about those apartments,’” Sheperd said. “And when the BeltLine opened up right here, people were saying, ‘that’s an embarrassment that the end of the Westside Trail is right there at those apartments.”

While the BeltLine’s Westside Trail, a 3-mile trail that unites Atlanta’s historic southwest neighborhoods, ends right behind Capitol View, the complex was never been apart of or considered in any plans regarding development along the BeltLine.

“And be honest with you, I took offense to that,” Shepherd said. “I took offense because, I have watched, over the years, these apartments.”

“And even though, what I define as my affordable housing component, I never, all the time I’ve been on council, got any major complaints of crime happening at this apartments.”

Renovations for Capitol View will begin in September. Once completed the new 1-2 bedroom units will be available for $600 and below to families with 30-70 percent area-median-incomes.

The funding will be used towards several new and ongoing affordable housing programs, such as:

• Multifamily Gap: Financing to support for new construction and acquisition or rehabilitation of multifamily properties within the City of Atlanta for long-term affordability.

“We are one step closer to achieving ‘One Atlanta’ and we’re doing it because we are all working together.”