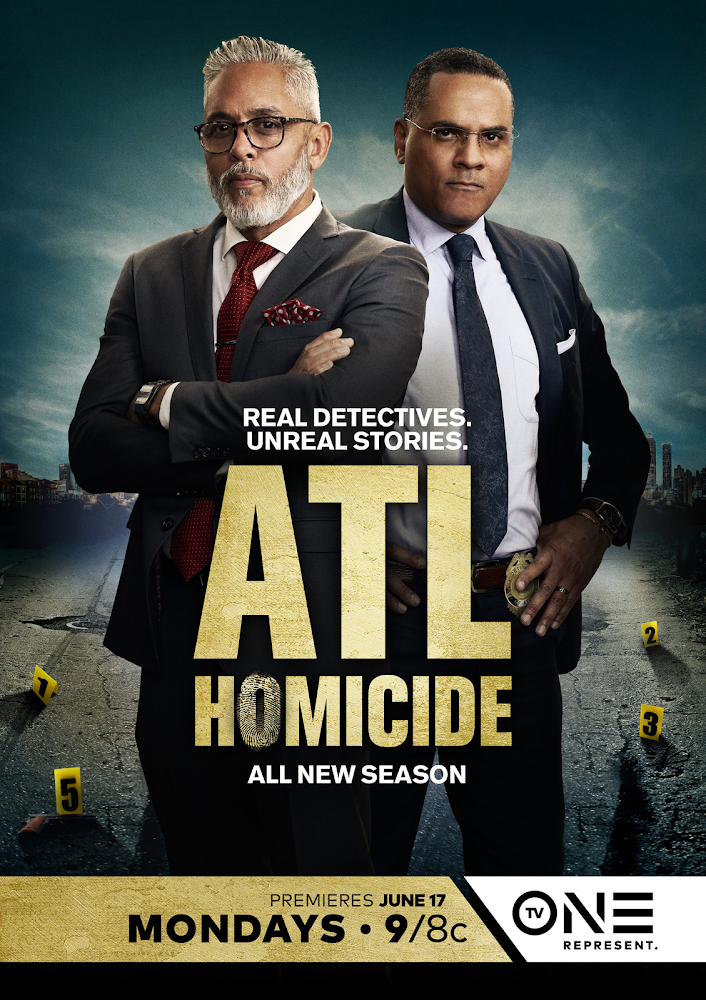 Thirty-year Atlanta PD veterans, Quinn and Velazquez spent fifteen of those years working side by side in the homicide division.

Part of the network’s “True Crime Mondays,” “ATL Homicide” follows detectives Quinn and Velazquez as they recount their personal experiences solving cases, alongside dramatic re-creations that place viewers in the front seat of the action.

Tackling hundreds of cold cases together from everyday ‘who-done-it’ scenarios to high-profile murder mysteries and more, the two have undeniable chemistry in the streets of “Hotlanta” – and a track record of putting murderers behind bars.

“ATL Homicide” follows the detectives as they search for the truth in an investigation, seeking to deliver justice on behalf of the victims of these often gruesome crimes.

Each one-hour episode focuses on one dramatic murder case told in heavy re-creation. Viewers will experience each case as if it’s happening in the moment.

Some of the cases the detectives tackle this season are:

On a hot summer night in early August, two assailants attempt to rob a man’s house, who’s rumored to have a great deal of cash. As events unfold, a simple robbery ends up leaving a young, engaged couple murdered. Detectives Quinn and Velazquez are assigned to the case and discover that time wasn’t on the young couple’s side.

When an elderly man who always paid his rent on time, failed to do so, his apartment manager calls in for a welfare check. As it turns out, Edward was tortured and murdered inside his apartment. When Detectives Quinn and Velazquez are called to investigate, they soon realize murder is not always accomplished – alone.

Demetrius Robbins was a stand-up husband and dedicated father, until one night when the unthinkable happened. Detectives Quinn and Velazquez discover a crime scene with no body but rapidly piece together that Robbins was the victim of an unimaginable crime.

Jimmie Atkins was well-liked by everyone in his neighborhood but when family and friends don’t hear from him for days, suspicions arise. The Atlanta Police Department is called and discover he was murdered inside his home. Enter Detectives Quinn and Velazquez, who rush to the scene only to discover that the people closest to your heart – can make it stop beating.