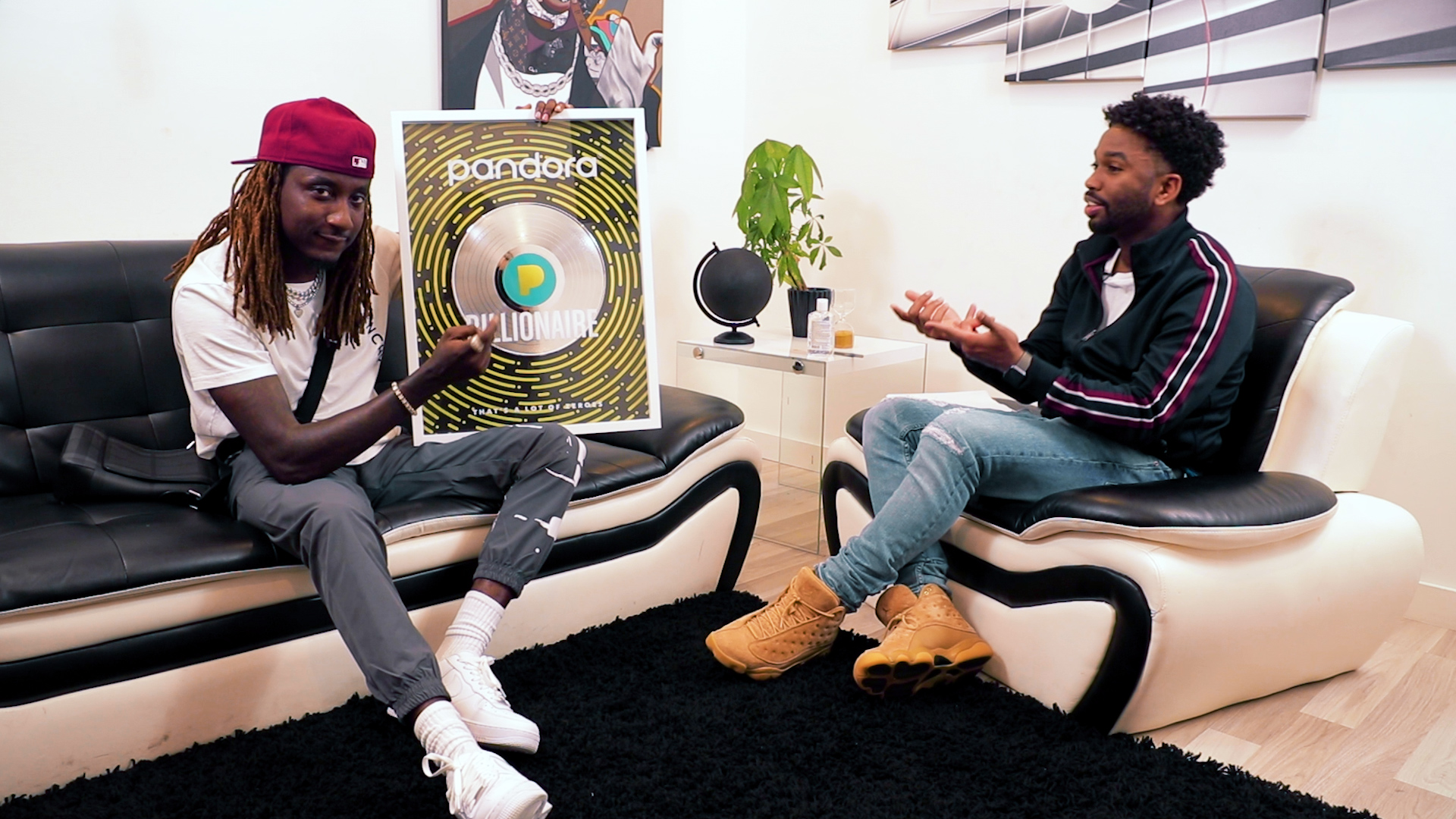 Atlanta rapper K. Camp recently sat down with J1, Pandora’s Head of Hip Hop to celebrate over 1.7 billion streams on the platform, and talk about his return to music along with his new record label, Rare Sound.

“I want the biggest independent label in the world.” K. Camp said. “I really feel like we have a chance with the information that we have, the grind that we have and the talent level that we have. We have to ability to take this to a whole nother level.”

The artist turned CEO is known for releasing platinum hits “Money Baby,” “Cut Her Off,” and “Comfortable”. He also supplied street favorites “Turn Up For a Check,” and “Lil Bit.”

Many music enthusiasts noticed that K. Camp went missing for a couple of years following his move from Atlanta to Los Angeles. He would release things here and there but nothing major until 2018 when he popped up with “RARE Sound,” an album the shares the same name as his label.

His decision to level up came while deciding to return home to Atlanta.

“While I was in LA that’s when 21 Savage was bubbling. Sonny Digital was locked in. Sonny my dog. Folks don’t know I was on one of 21 Savage songs before he popped up.”

Now 30-years-old, he made his stamp in 2020 with his studio album “K.I.S.S. 5” and compilation album “Rare Family,” which is the official debut for his new artists Bobby Kritical, True Story Gee, Lil Bird, and longtime business partner DJ Genius.

“We do it like a family, that’s why the album is called Rare Family. We about this shit, we not just doing it for a check,” K. Camp said.

And while he has a lot to still celebrate, due to the COVID-19 pandemic a lot of K. Camp suffered some of the same setbacks as a lot of other artists in the music industry

“Before everything shutdown, we was dropping the K.I.S.S. 5 album and we had the tour coming right after the album,” K. Camp said. “We had the tour, the compilations, everything got pushed back. Obviously the tour got canceled.”

“We can’t get back onto the road until 2021 so that was a killer. That was pretty much the main thing that I was looking forward to, because after I drop an album I love to get out there with my fans and let them show me that they appreciate the album. So the fact that I dropped a huge album and couldn’t experience the feedback from the fans kind of tore me up on an artistry level.”

Rapper B.o.B recently released the first single off his forthcoming album "Somnia," which is set for

GRAMMY Award-winning singer/songwriter Q Parker releases his new single "I Need You" from his forthcoming album, The Bridge Project: Brothers United.  The