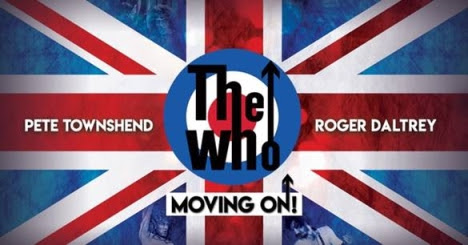 Legendary rock band The Who have added a third Hollywood Bowl date to the fall leg of their 2019 North American MOVING ON! Tour.

Due to intense demand, the new show will take place on October 24, following the two previous Hollywood Bowl dates on October 11 and October 13.

It’s the first time in the band’s celebrated history that they’ve played three dates at the historic venue during one touring cycle.

The Bowl dates will also mark their first appearance at the famed amphitheater since a two-show run they performed there in April and May of 2006. Tickets for the Hollywood Bowl go on sale Friday, May 17th at 12 pm local time at LiveNation.com.

The Who also announced an exciting lineup of special guests opening up for the band on selected dates throughout the autumn leg of the trek: Oasis frontman Liam Gallagher, iconic Boston rocker Peter Wolf, and Canadian indie/blues band Reignwolf (see dates below.)

Gallagher will open the 3rd Hollywood Bowl show on October 24.

Reignwolf will open as the special guest at the iconic band’s stop at the all-new State Farm Arena on Wednesday, Sept. 18.

The Who just wrapped up the first week of shows on the kick-off leg of MOVING ON!, performing to a sold-out crowd in New York City’s rock cathedral Madison Square Garden on Monday night.

Produced by Live Nation, The Who’s North American MOVING ON! Tour is currently delivering their indelible brand of powerhouse rock through 29 cities.

The Who will also be releasing their first album of new songs in thirteen years later this year.

Every pair of tickets purchased online includes a redeemable code for a CD copy of The Who’s forthcoming album when it’s released. This offer is available to US and Canada customers only and not valid for tickets purchased via resale. In addition, $1 from each ticket sold for the MOVING ON! Tour will benefit Teen Cancer America (www.teencanceramerica.org.)