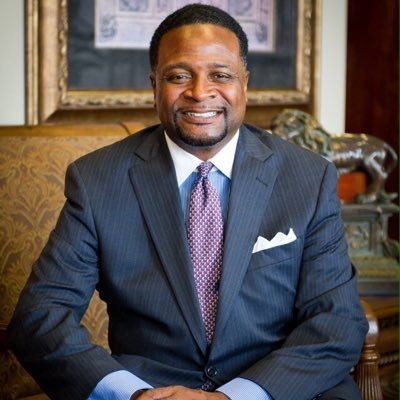 Dr. French will assume the position on September 1, 2019. Lucille Maugé, the chief operating officer for CAU, has been serving as interim president and will continue to do so until Dr. French takes office.

“Following a thorough search process, we’re very pleased to select Dr. French as CAU’s next president. His development expertise and proven track record at Miles College underscores his ability to continue the strong momentum Clark Atlanta has built. I am confident he will work diligently to advance CAU’s mission and reputation as a premier learning and R2 research institution,” said Gregory Morrison, chair of CAU’s Board of Trustees.

“We also are beyond grateful for Lucille Mauge’s commitment to CAU. As the first Chief Compliance Officer for the University, she was responsible for both establishing the office and the compliance program to govern grants. She has since served in various executive roles, including EVP and Chief Financial Officer, Morrison noted. “Lucille has been an invaluable leader and stabilizing force during this time of executive transition. Her passion for CAU’s mission, focus on student achievement, and commitment to community engagement have been vital to our progress and nothing short of remarkable.”

Dr. French has served as president of Miles College since 2006. During his tenure, Miles College exceeded capital campaign goals – besting previous fundraising records, achieved an unprecedented financial composite score to position the school for growth, increased student access to educational funding, and more than doubled the size of the existing campus with key land acquisitions.

“While visiting the University, Dr. French received strong support from our campus community and alumni. He also was uniformly endorsed by various constituent groups that have worked with him in his capacity as the president of Miles College and selected by unanimous decision by the CAU board,” Morrison continued.

Prior to serving as the president of Miles College, Dr. French served in the roles of acting and interim president for the institution between October and December 2005.

Before serving as Interim President, Dr. French served as a member of the President’s Cabinet in the capacity of director of Institutional Planning and Development, and as such directed the offices of Alumni Affairs, Federal Contracts and Grants, Title III, Institutional Research and Effectiveness, Congressional Relations, and Public Relations.

A native of Louisville, Ky., Dr. French earned a Bachelor of Arts in Political Science with an emphasis in Policy Analysis from the University of Louisville. He was competitively accepted into the University of Richmond Law School and completed two years of studies before being recruited by Miles College to serve as the Director of Development. He completed his final year of law school at Miles Law School, earning a Juris Doctorate. Dr. French received his Ph.D. in Higher Education from Jackson State University.
Dr. French also has great influence off campus grounds. He served two terms, respectively, on the Southern Association of Colleges and Schools Commission on Colleges’ Board of Trustees, and the

National Advisory Committee on Institutional Quality and Integrity. He is a member of the Birmingham Business Alliance’s Executive Committee and Birmingham Museum of Art’s Board of Directors. In 2015, Dr. French co-founded Higher Education Leader Foundation to help prepare highly-skilled talent for positions of leadership at historically black colleges and universities.

“I am thankful and blessed to have the opportunity to lead another great institution and serve as the fifth president of Clark Atlanta University,” Dr. French said. “CAU has strong faculty, students and academics. I’m optimistic about the University’s next stage of growth and eager to build on the strong foundation CAU has established.”

With nearly 4,000 students, CAU is one of the nation’s foremost research institutions, offering students from around the United States and several foreign countries the opportunity to engage in 38 exciting areas of study at the bachelor’s, master’s and doctoral levels. CAU is in a strong financial and academic position and is poised for even greater success.

In October 2018, CAU’s Board of Trustees convened a committee to work in cooperation with national executive search consultant Isaacson Miller.

The presidential search committee was comprised of representatives from students, faculty, staff, alumni and trustees.

Over an eight-month process, the committee conducted listening sessions with constituents, completed a position description, gathered input on potential names for the search, advertised the position, reviewed the background of all applicants, selected candidates for further consideration, conducted face to face interviews and coordinated meetings with constituent groups.

“We want to thank the members of the search committee and the many other CAU stakeholders who provided invaluable input, insight and feedback to select our new president. On behalf of our board, we look forward to working with Dr. French to support our institution and its students,” said Leonard Walker, Presidential Search Committee co-chair.

The dates for events to formally thank Lucille Maugé for her service and officially welcome Dr. French to CAU’s campus will be announced later. For more information, visit the presidential search page at www.cau.edu. 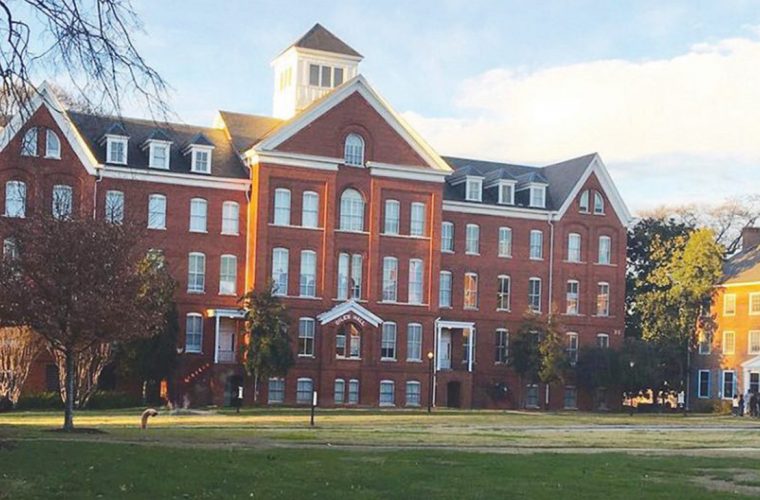