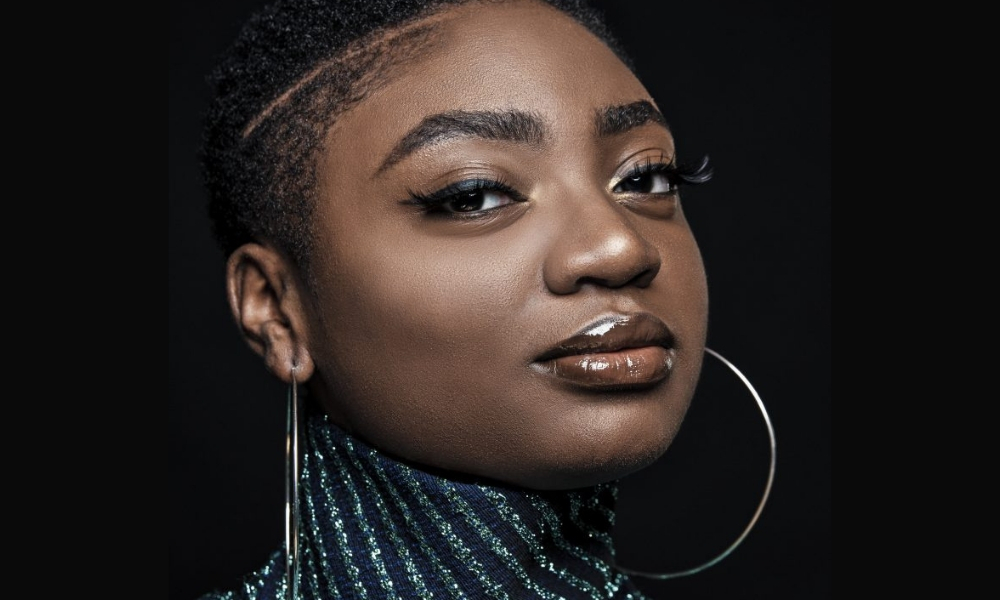 Ever since she was a little girl, Atlanta-based designer, Adorr Jessie, always knew that she wanted a career in fashion. A Savannah College of Art and Design (SCAD) graduate, the 25-year-old has managed to create her own fashion line and garner major attention with her designs.

All of her hard work recently afforded her opportunity to showcase her designs at Vancouver Fashion Week’s (VFW) fall/winter 2019 shows, taking place March 18-22.

Jessie is the creator of Lavelleadorr, a quasi-second generation clothing line that started with her father. However, while the name and passion started with him, it’s her designs that have run in publications like Essence Magazine and Cosmopolitan Magazine, and are worn by influencers like the Clairmont Twins and Angela Simmons, and were chosen to be shown at Vancouver Fashion Week (VFW).

“[It] actually started when my dad was a freelancer, but he had to step away to raise his family,” Jessie said. “He did womenswear and menswear. It was something that naturally came to him.”

“My mom came up with the name. My first name is Adorr and his middle name is Lavelle.”

“The initial idea that my father brought on when he was designing was high-appeal, high-design, a little bit of sex appeal,” Jessie said. “My design aesthetic is always to flatter the woman’s body. I always want to accentuate the part that makes women feel powerful and confident.”Jessie says that it was her father who taught her everything that she learned about designing clothing, up until she was accepted into SCAD. After graduating she decided to officially relaunch Lavelleadorr, using her father’s original vision as her inspiration.

With her father passing the torch on to her, Jessie says that everything for Lavelleadorr is designed and produced with her own two hands.

“I graze my patterns, I create my looks, I do everything myself,” Jessie said. “Outside of the creating part, the sewing part if my favorite.” 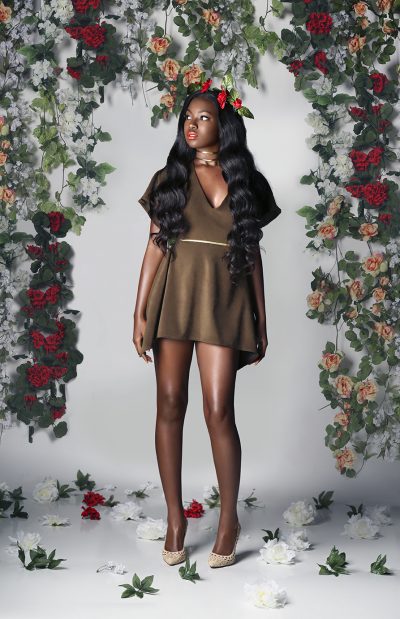 For VFW, Jessie has compiled a collection that consists of 12 looks and 24 pieces. Some of the collection is made up of past designs that have become popular, most of which are still being pulled by stylists, while she’s created a couple of new designs in preparation for her show.
Considered one of the fastest growing fashion weeks in the world, VFW has been showcasing designers, emerging and established, for the last 33 seasons (18 years).

“At Vancouver Fashion Week, diversity really is our greatest strength,” says Jamal Abdourahman, producer and founder of Vancouver Fashion Week. “We bring together the
most incredible design talent from across Canada and around the world, presenting the most
forward-thinking creative concepts to the industry.”

Jessie says that the opportunity was presented to her last year after she graduated.

“I got an email from Vancouver Fashion Week, they found me by way of the internet and wanted me to showcase,” Jessie said.

While showing at VFW is one of the biggest opportunities that Jessie’s designs have afforded her, this is not the first time that she’s been able to showcase her clothing.

During her time at SCAD, she was chosen to participate in the National Black Arts Festival’s (NBAF) Fashion Forward competition which offers students an opportunity to win a $2,500 scholarship and a week-long display in the windows of Neiman-Marcus.

“NBAF has been partnering with Neiman-Marcus for over a decade,” said Vikki Morrow, CEO of the National Black Arts Festival.

According to Morrow, “anyone who’s in a four-year degree, fashion design program in Georgia” can apply to take part in the annual Fashion Foward competition; but only three designers are chosen.

The program has advanced the careers of over 20 emerging young designers since its inception in 2010. 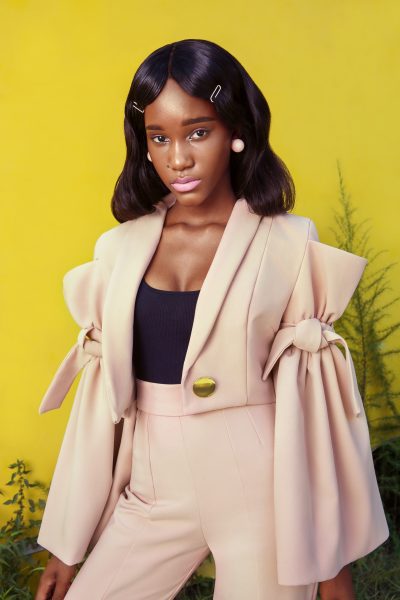 “I won using a piece that I had created during my junior year. It was a pink pantsuit that had these crazy sleeves and was so beautiful,” Jessie said.

“I knew it was a special piece. It hadn’t gotten as much recognition as it needed, but when the competition came up I that it was the perfect opportunity for this piece to shine.”

That same pantsuit became one of Jessie’s most popular designs. More specifically, the suit’s pink jacket which was photographed by Nylon Magazine during New York Fashion Week in 2017.

“I call it the millennial suit because the color is millennial pink,” Jessie said. “It’s girly, but it’s powerful and just commands attention.”

“It’s hands-down my favorite thing that I ever made.” 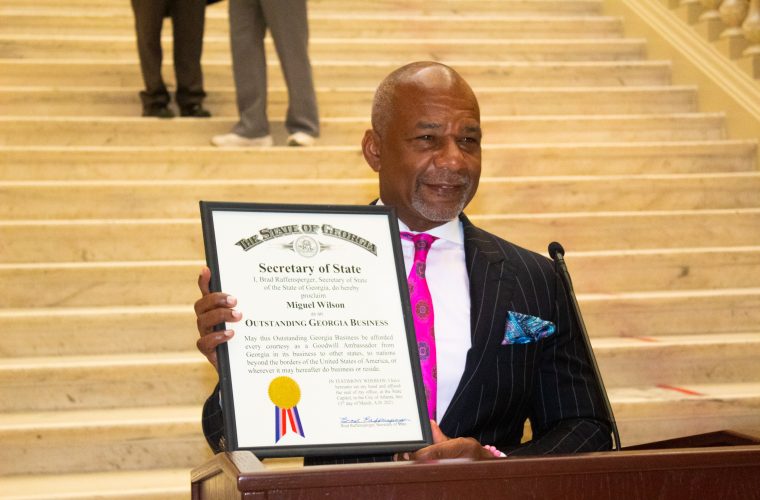 Celebrity menswear designer Miguel Wilson, founder of the Miguel Wilson Collection was honored at the Georgia 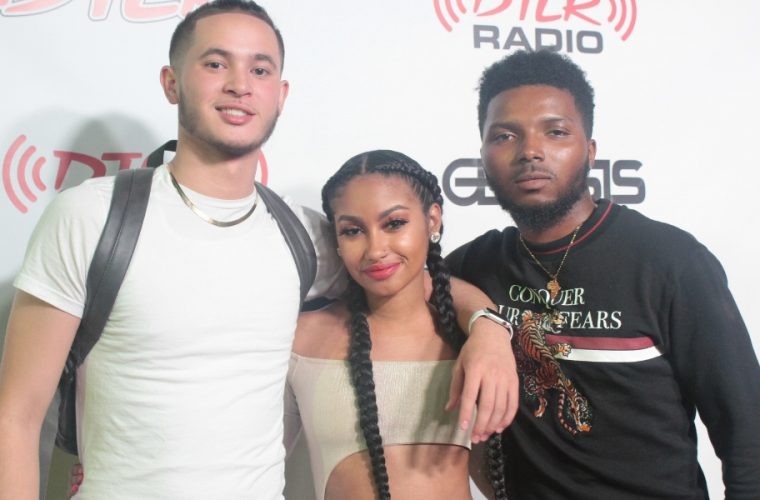