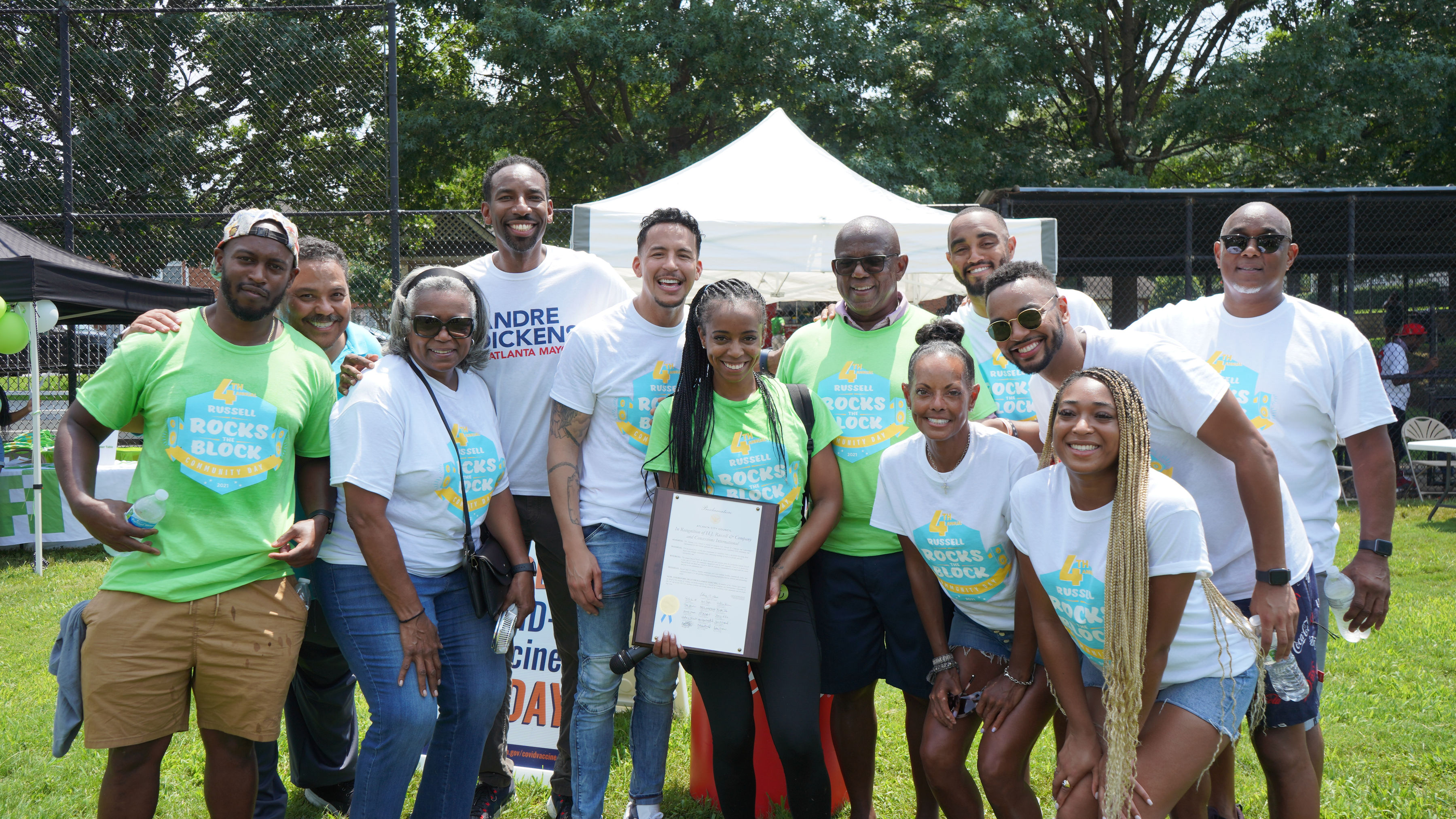 The community engagement arms of H.J. Russell & Company (Russell) and its sister company, Concessions International, LLC (CI), Russell CARES and CI Cares respectively, joined forces last weekend for the fourth year to give back to the Castleberry Hill community, an Atlanta westside neighborhood they have invested and made a difference in for nearly 70 years, long before Atlanta’s Westside was trending with development.

This year, three mayorial candiates attended (Antonio Brown, Andre Dickens and Kasim Reed), along with other elected officials and the NBA’s Atlanta Hawks mascot, Harry the Hawk. Brown and Dickens presented the Russell family with a proclamation on behalf of the City of Atlanta for all of their community support through Russell Rocks the Block and other philanthropic efforts.

Harry the Hawk interacts with children from the community as former Mayor and mayorial candidate Kasim Reed looks on with Michael B. Russell.

The Russell Rocks the Block Community Day event is designed to show the community that Russell and CI are taking their commitment to Castleberry Hill area to another level by sustaining their deep roots, including the Russell Innovation Center for Entrepreneurs (RICE) that opened in the former Russell headquarters building at 504 Fair Street.

The event took place at the John Hope Envision Center on the grounds of The Villages of Castleberry. The companies collaborated to provide the following meaningful activities for members of the community against the backdrop of music provided by a DJ, food and drinks, a slushy truck and field games, bounce house, and thousands of dollars in door prizes. 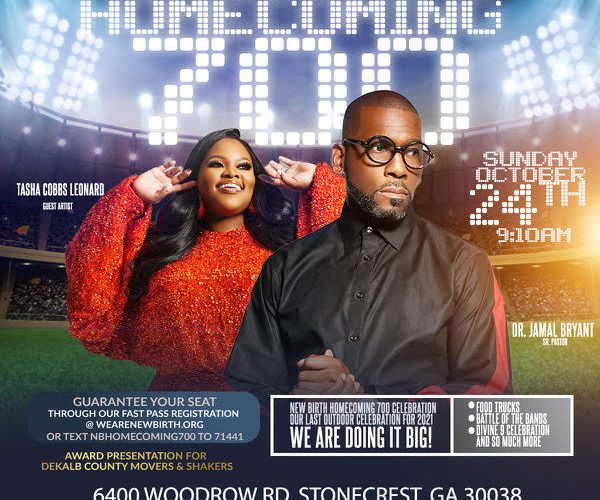 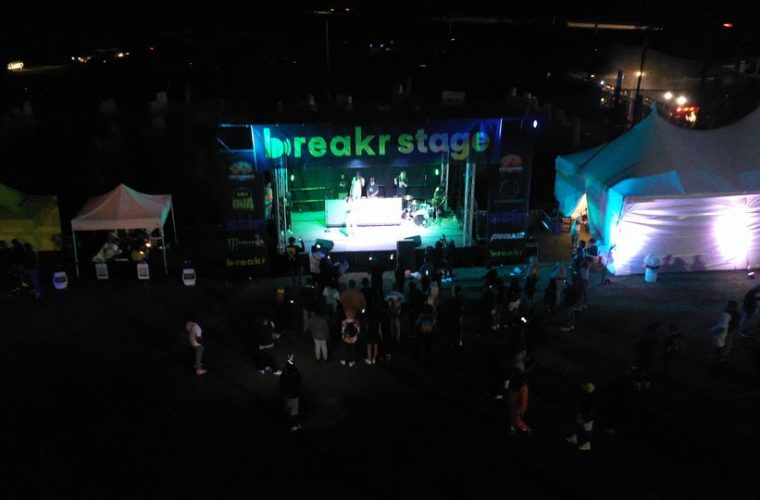