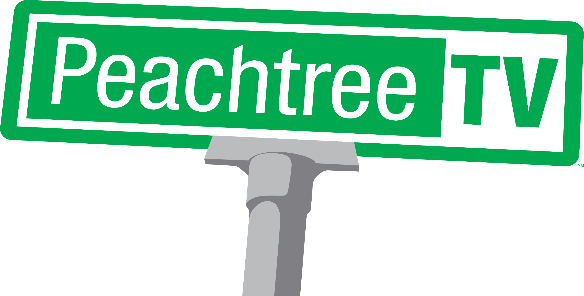 The College Park Skyhawks, the official G League affiliate of the Atlanta Hawks, and Peachtree TV (WPCH-TV), sister station of CBS46 and part of the Meredith Corporation, announced today that Peachtree TV will serve as the official broadcast partner of the Skyhawks for their inaugural 2019-20 season, which begins tonight on the road against the Erie BayHawks.

Under the partnership agreement, Peachtree TV will broadcast a minimum of 19 of the Skyhawks’ 24 home games played at the new, state-of-the-art Gateway Center Arena @ College Park.

“We are also thrilled to be part of this significant community collaboration that will shine a bright light on the growth and excitement of Atlanta’s southside.”

Well-known talent from both CBS46 and Peachtree TV will be integrated in the Skyhawks broadcast team throughout the season. Peachtree TV will also have significant in-arena presence with official Peachtree TV signage and highlighted locations inside the new building.

The official spot announcing the partnership, featuring Grammy Award-winning recording artist, hip-hop superstar and College Park native 2 Chainz along with Shon Gables and Rick Folbaum from CBS46 and Peachtree TV, will be debuted in and around Saturday’s highly-anticipated LSU-Alabama football contest, exclusively on CBS46.

The integration between Peachtree TV and the Skyhawks extends beyond the on-air broadcasts and in-arena signage with substantial collaboration and promotion set to take place via digital assets and social media interactions.

“We are thrilled to have the opportunity to launch the College Park Skyhawks brand with such strong local media partners in Peachtree TV and CBS46, two stations committed to excellent local coverage,” said Andrew Saltzman, chief revenue officer of the Atlanta Hawks and College Park Skyhawks.

“We believe that sports franchises are community assets, and we know that the Skyhawks will have a tremendous impact on the southside and throughout the region.”

The team takes their home court for the first time on Nov. 21, facing off against the Delaware Bluecoats at the Gateway Center Arena @ College Park in a 7 p.m. start. For more information on the Skyhawks upcoming season and to register for updates, please visit CPSkyhawks.com. Stay up to date on team news by following @CPSkyhawks on Twitter and Instagram.

This month, the Atlanta Hawks NBA basketball team will take part in 13 matchups with seven

Hawks to host the Pelicans in Atlanta's preseason opener at State Farm Arena.