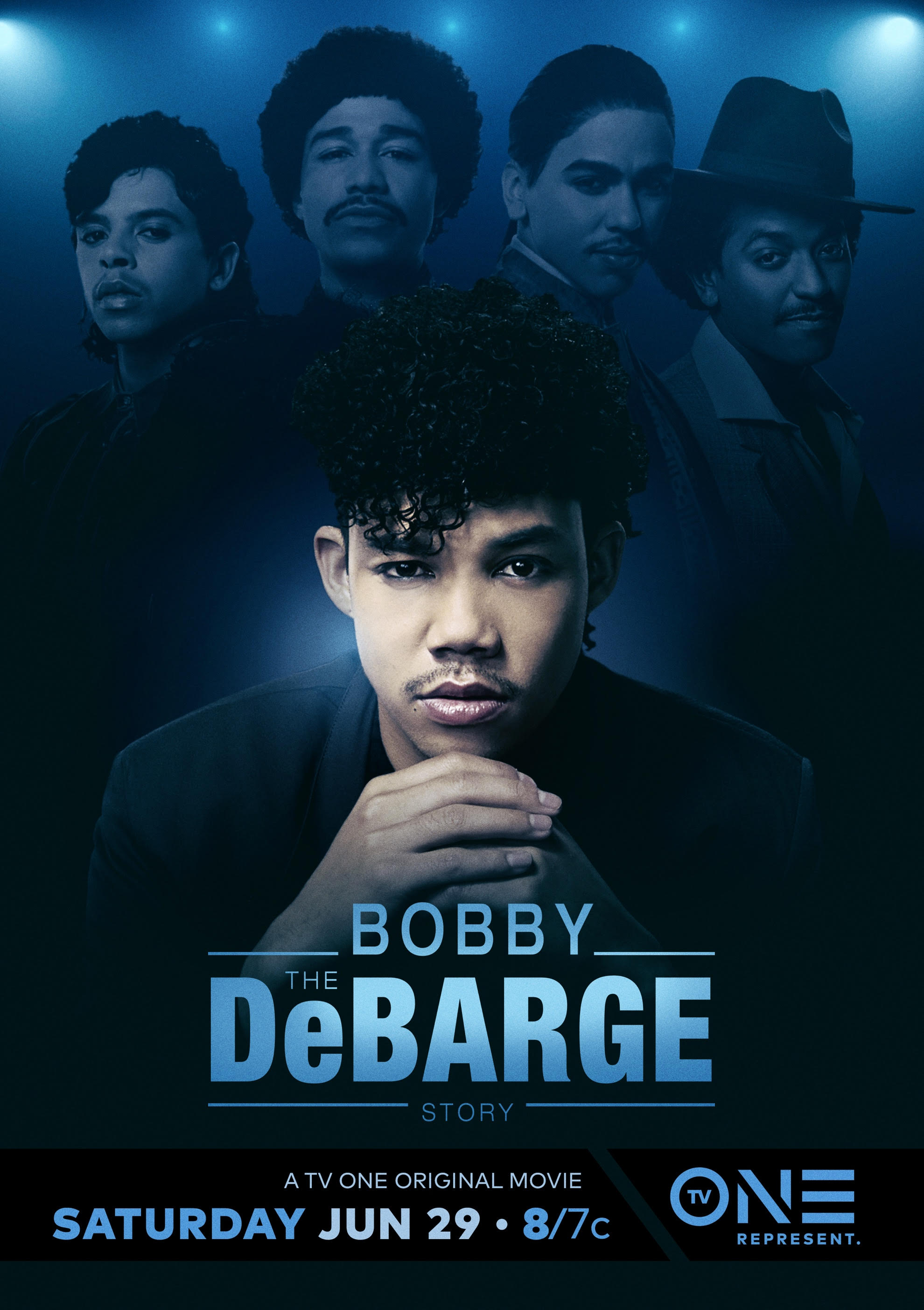 TV One gears up for original biopic ‘The Bobby DeBarge Story’

TV One continues its tradition of highlighting inspirational music figures with the premiere of the original film, “The Bobby DeBarge Story,” which will air on Saturday, June 29 a t8 P.M. ET/7C, followed by an encore presentation at 10 P.M. ET/9C.

In his first role as a leading man, Fegan brilliantly transforms into the falsetto master and takes audiences inside the tumultuous life of the former lead singer of the late 70’s R&B/Funk Band Switch.

“The most dynamic and powerful acting role I’ve ever portrayed,” Fegan said. “It was an honor to tell this musical legend’s life story.”

Despite his success in music, Bobby DeBarge, the eldest sibling of the world-famous pop group DeBarge struggled with fame and fortune and found his life in peril.

The film explores the highs and lows of the singer’s life in the limelight, including his rise to stardom, coping with memories of his dysfunctional childhood, romantic relationships, struggles with substance abuse, incarceration and failing health.

“It was truly amazing watching the characters unfold in front of my eyes and the incredible acting that was bestowed upon this project,” said the film’s director Russ Parr.

“I think a lot of people are going to be surprised by the performances that they see. Although this is a tragic story, I believe it’s told with dignity and respect to the legacy of Bobby DeBarge.” Parr is also a writer and producer known for the award-winning “The Undershepherd,” “Hear No Evil” and “35 and Ticking.”

“The Bobby DeBarge Story” is the latest addition to TV One’s successful slate of acclaimed original films that range from dramas and comedies to biopics and more.