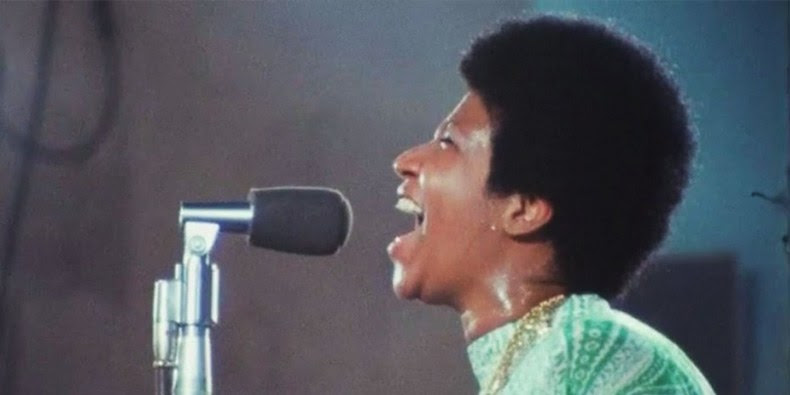 The late “Queen of Soul,” Aretha Franklin is celebrated and remembered as the acclaimed film “Amazing Grace” opens wide in theaters on Friday, April 19, 2019.

“A portrait of an artistic genius at the height of her powers, this riveting concert film consists of the live recording of Franklin’s 1972 Grammy-winning gospel double album, “Amazing Grace.”

The footage was originally shot in 1972 by Oscar-winning director Sydney Pollack, but technical issues caused the project to be shelved for nearly 50 years.

The film premiered on Franklin’s birthday, March 25, at the Detroit Institute of the Arts, and screened March 27 at the Regal Atlanta Station in Atlanta; March 28 at the Equal Justice Initiative Museum in Montgomery, Alabama; March 29 at Brenden Palms Theatre in Las Vegas during the Stellar Awards weekend; and March 30 at the National Museum of African American History & Culture in Washington, D.C.

“Amazing Grace” was also honored on March 27 with the NAACP Image Award for Outstanding Documentary (Film) at the 50th annual ceremonies, and has already been screened by black churches and cultural organizations across the country.

In related news, Ms. Franklin was celebrated as the first recipient and namesake of The Aretha Franklin ICON Award at the 34th Annual Stellar Awards, which will air during Easter Weekend on the BET Network. This prestigious honor will now be presented annually – in perpetuity – to a deserving gospel artist.

To further celebrate the musical legacy of Ms. Franklin and her record-breaking gospel recording, Rhino Records recently released Amazing Grace: The Complete Recordings on vinyl for the very first time.

On its initial release, the album sold more than two million copies, earned a Grammy Award, and is still the biggest-selling live gospel album of all time and Franklin’s best-selling recording to date.